Twins are very unusual in cattle, and if you’ve taken a tour of Hansen’s Dairy, you know that of the 200 calvings each year at Hansen’s, about five sets of twins will be born. Female twins born at Hansen’s will get matching names. For example, names of the female sets of twins on the farm have included Flip and Flop, French and Fry, Shoe and String, and Lois and Lane. 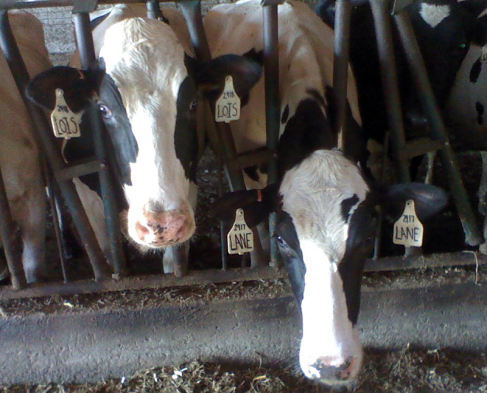 But when a heifer and bull are twins, that heifer may be sold and raised for beef production instead of becoming a milking cow at Hansen’s Dairy. This is because 90% of the time that heifer will be sterile (unable to get pregnant). If she can’t get pregnant, she won’t be able to have a baby and produce milk.

When we tour guides tell our guests about this phenomenon, they often ask what causes this. After a little research, I found that these sterile heifers are called freemartins and that the heifer’s sterility is caused by blood vessels becoming interconnected between the heifer and bull. The blood then flows from one twin to the other, and male hormones like testosterone circulate and interfere with the heifer’s sexual development. The male hormones then masculinize the female twin, and the result is a sterile female.

Listed below are several interesting facts about freemartins.

· For the most part, the male twin is largely unaffected by sharing blood with his sister.

· Freemartins will have masculinized behavior and non-functioning ovaries.

· These heifers will behave and grow in a fashion similar to castrated male cattle (steers).

· It is very difficult to determine by palpation if the heifer will be fertile until she is about 6 months old.

· At any age, a simple blood test can be done to detect the presence of male Y-chromosomes in the white blood cells of the heifer to determine if she is sterile or not.

· In about 10 percent of different sex twins, no fusion of blood vessels takes place and the female remains fertile. 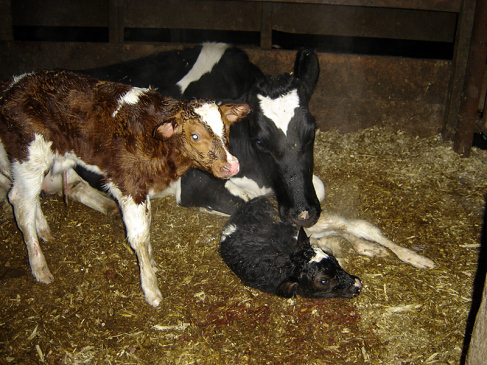 · In fraternal twins, it’s possible to have two Holsteins with different colors. The photo shown is a Black & White Holstein with a Red carrier gene. She was bred to a Red & White bull and had a Black & White/Red & White twins.

· Freemartinism is the normal outcome of mixed-sex twins in all cattle species and also occurs in sheep, goats and pigs.